On the afternoon of Thursday, July 28, the DiversifyIT movie club held its last session to discuss the PBS documentary series, “Asian Americans,” and how recent history and current events surrounding Asian Americans have emphasized hopeful signs of progress, but there is still a long way to go. 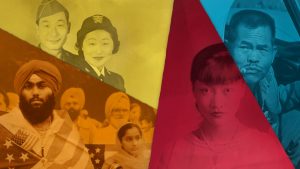 It was the end of the series, but as DiversifyIT co-chair Laura Webb noted, “it’s not the end of the conversation.” Below are some of takeaways from the discussions, and a list of resources compiled by Angela Zoss, who led the movie club, along with Will Sexton. Big shout out to them for hosting!

Be sure to join us at 2 p.m., Aug. 5, for “What’s New? An Introduction to Neurodiversity,” with Kimberly Blackshear, MSW, and Tara Chandrasekhar, MD, co-chairs of Duke Neurodiversity Connections and Sarah Brandsen, a Duke Ph.D. student.

Resources mentioned across all sessions:

Have Questions or Suggestions?